Let me start by saying, I never went and graduated any type of film school or completed some film studies course. I went to school for comic books and story telling. So take this as more of an observation, than “fact”. But as of recently, with the release of ‘Alien Covenant’ in theaters a few weeks ago, the movie got me thinking about an issue that seems to stick in the craw of many movie fans. An issue that oddly seems to divide people, if only due to the misunderstanding of the a simple concept. Just because you think a movie is good, doesn’t mean it’s fun to watch, and vice-a-versa. I may dislike a film, but know very well it may have artistic merit to it.

I recently suggested to a group of people that ‘Alien Covenant’ may be a better film than ‘Aliens’. Now this does not account for one’s personal entertainment value derived from either film. But for some reason, audiences seem to be put off by the idea that “your favorite movie” has to co-align with “the best movie”.  However, the two are not mutually exclusive. Now, this is a pseudo review, but I won’t give a rating for the movie, because I don’t think that that weight should carry too much clout. Essentially it’s whatever it is to you, and that’s just fine.

To begin, let’s be clear. ‘Alien Covenant’ is NOT a remake of ‘Alien’. That pleasure went to ‘Prometheus’. ‘Covenant’, however IS a remake of ‘Aliens’, and therefor comparing the two seems less emulous than comparing ‘Covenant’ to any other film in the franchise. The films share multiple similarities, that I will list below:

1) A group of armed people investigate a distress call for terraforming purposes to find a desolate planet and no response from the distressed.

2) Before approaching, the film’s main character is very vocal about her objection to going and answering the call at all.

3) Once situated on the planet, the crew is wiped out with the exception of just a few.

4) Their ship is destroyed before they’re able to leave.

5) A lone survivor is found who has learned to live amongst the aliens.

6) Another ship comes down to rescue them.

7) A giant claw contraption takes out an alien.

8) Another alien makes it onto the ship, and is shot out of a loading dock.

9) The two survivors left, go into hyper sleep with an android on board.

So now that we’ve established the obvious broad stroke comparisons, we can examine each film a bit more for what they are. To begin, let’s start with 1979’s, ‘Alien’. It is (specifically the Director’s cut) possibly a perfect film. It’s dialogue is tight. The shots and editing are almost perfect, and the camaraderie amongst the ship mates feels authentic. Did Dallas and Ripley hook up? Possibly, but it doesn’t matter because the nuance the two share is subtle and only adds to their dynamic. The technical conversations between the crew feel real and not as pedestrian as subsequent installments. It doesn’t feel as though they’re talking to an audience. It feels like they’re talking to each other, and that adds to it’s grounded realness.

Moving into ‘Aliens’, the tone shifts. Gone was the subtle undertones of the first film, and in it’s place was a frantic character driven outing. For many, (including myself) this was my favorite of the series growing up. It’s a fun, well paced action Sci-Fi romp that never lets up. It’s why people go in droves to see it in the theater and/or buy special edition blu-rays of the film. But it is not ‘Alien’. In fact, it’s really it’s own thing. ‘Aliens’ is a cartoon. It’s mood is less serious. The dialogue is easily digestible. (Watch the first two movies back to back and you’ll see what I mean). And if you do watch them back to back, one thing you will undoubtably notice, is it’s not shot as well as it’s predecessor. The sets are less thought out. They come off as basic industrial type complexes. They aren’t designed with the camouflaging Xenomorph in mind the same as they were in either ‘Alien’ or even ‘Alien 3’. The lenses used and camera movements are closer to a TV produced movie over a crafted film set. The ‘Nostromo’ felt lived in. ‘Hadleys Hope’ comes off like a ride at Universal Studios. The action is frenetic, and the plot is clever but never smart. Now this does not go to say the movie is bad, but comparing ‘Alien’ to ‘Aliens’ is almost unfair due to the tonal and storytelling shifts found in the each film.

With those two out of the way, let’s start to dissect ‘Alien Covenant’; that to me felt a bit more hashed out than ‘Aliens’. ‘Covenant’ does something slightly more original in that it takes you for a grotesque and sometimes bizarre ride; that starts and ends, answering, but also dishing out more questions for the viewer to ponder after the credits roll. Why did David go crazy? What exactly did he do to Shaw? What the fuck was the flute scene all about? Who knows, but it’s the lack of definitive explanation that makes it more intriguing. It asks questions that engage the viewer on another level, instead of just shooting a hundred aliens in the face. I agree with those who say that it was boring at times. It was. But I wonder on repeated viewings, and when the revelation of these character’s fates are exposed in the next movie, if those riddles will be less jarring; or even oddly satisfactory. The film doesn’t completely work as a standalone episode into the franchise, but it does breathe life and add lore into it, in a better way than ‘Aliens’ did. In fact, with the exception of the Queen alien, ‘Aliens’ doesn’t really answer anything more than any of the other films did. Is that a good thing? Possibly. It depends on what you want to get out of the films. ‘Covenant’ is a bit more cerebral at times, and that could attract or detract viewers based off of what they are looking for when pushing play on their DVDs or VOD accounts.

Is ‘Alien Covenant’ my favorite Alien film? For sure. It doesn’t matter. The nebulous nature of my opinion changes with repeated viewings of these films. Someone’s thought process doesn’t change the reality of said topic. The movie will always be the same no matter what I, or you, or anyone else thinks of it. Right now, I find the film to be a bit more intriguing over some of the others, if only because I’ve seen the others so many times. I like movies that make me think. Good inciting incidents in film will always trump by-the-numbers act structuring, because it retains it’s audience attention after the film is done, and not just during.

With that said, ‘Covenant’ has it’s shining moments and pitfalls, but overall it’s mostly a good movie. Mostly. 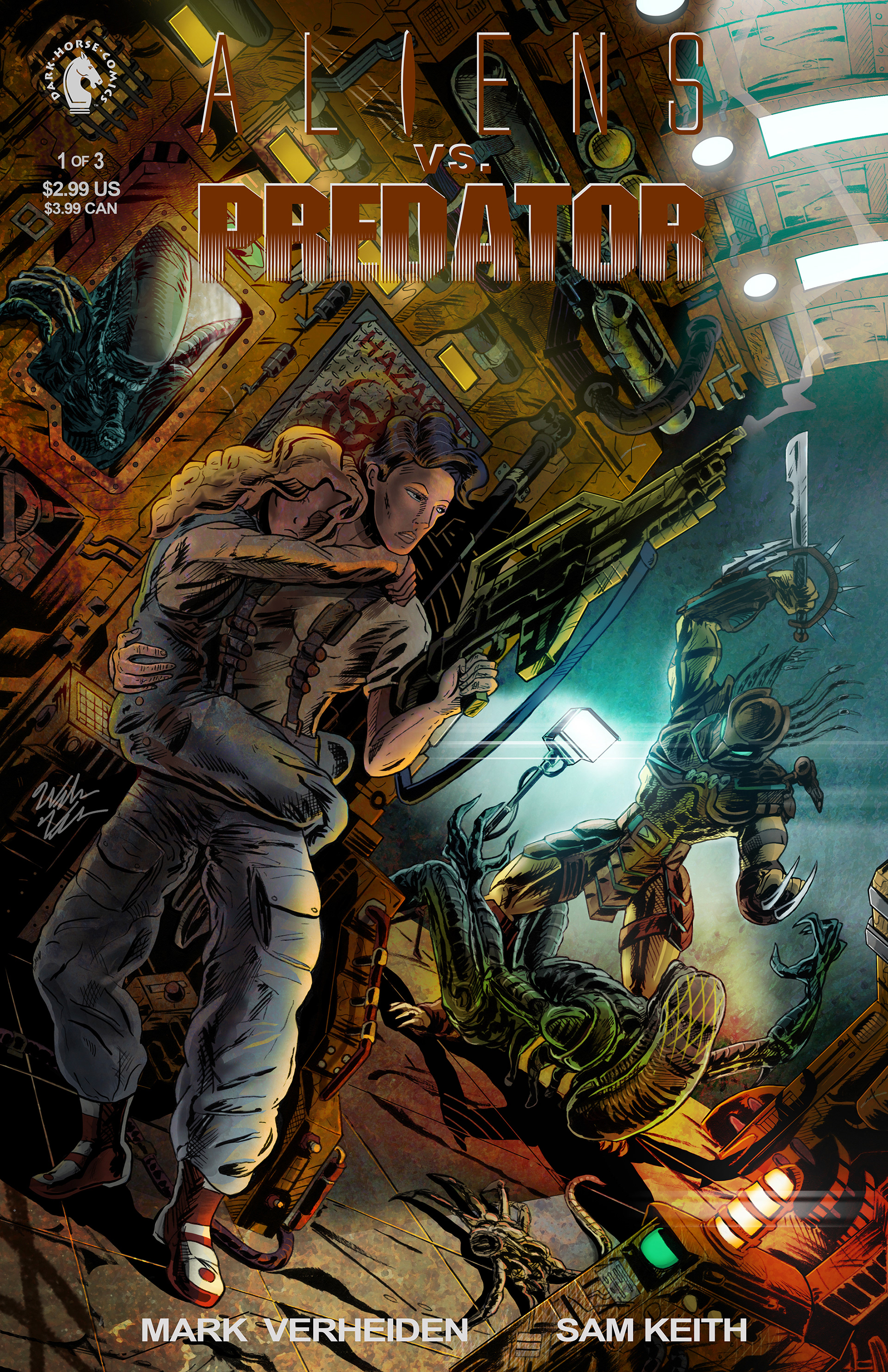